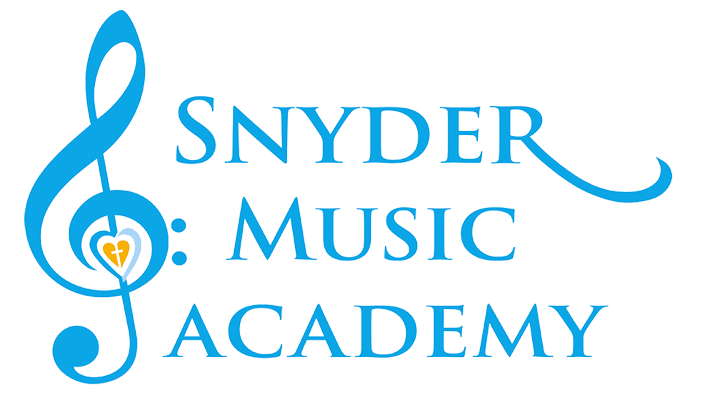 Diana has been teaching the Cello, Piano, and Violin at Snyder Music Academy since 2012. 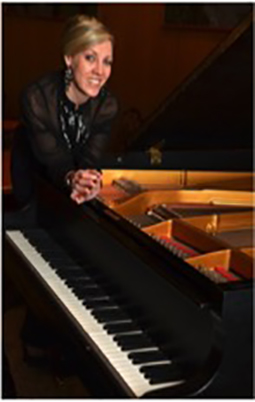 Anastasia Bryant is The Snyder Music Academy Staff Accompanist for our recitals.  Anastasia is from Voronezh, Russia where she taught at the Voronezh State Academy of Arts as a private and academy teacher for all proficiency levels and taught chamber classes for middle and elementary school. During this time she also worked as an accompanist for all string classes, and woodwind instruments. In this position Anastasia also prepared the academy choir for domestic and international competitions held in Russia, Italy, and France. Between Sept 2003 and June 2008 Anastasia was invited to and performed live with the Voronezh State Philharmonic Orchestra on several occasions with numerous solo performances. Her international experience as an instructor and performer includes working in the countries of Kuwait and United Arab of Emirates between 2007 to 2011where she coordinated, managed and performed in special music events with the cooperation of local sponsors and businesses as well as worked as a private instructor.Upon her arrival to the United States Anastasia worked in New Jersey as a private instructor and accompanist for Montclair State University, lead pianist and organist for several Churches and Van Hoven Music Studio. Since her arrival in NC she has performed as an accompanist in several recitals. Anastasia is also a member of the Fayetteville Piano Teacher Association. 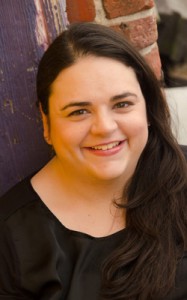 Education
Master of Music in Music Theory, University of South Carolina, 2009
Bachelor of Music Education with emphasis in Piano/Instrumental, Minor in Sacred Music, University of NC at Pembroke, 2007 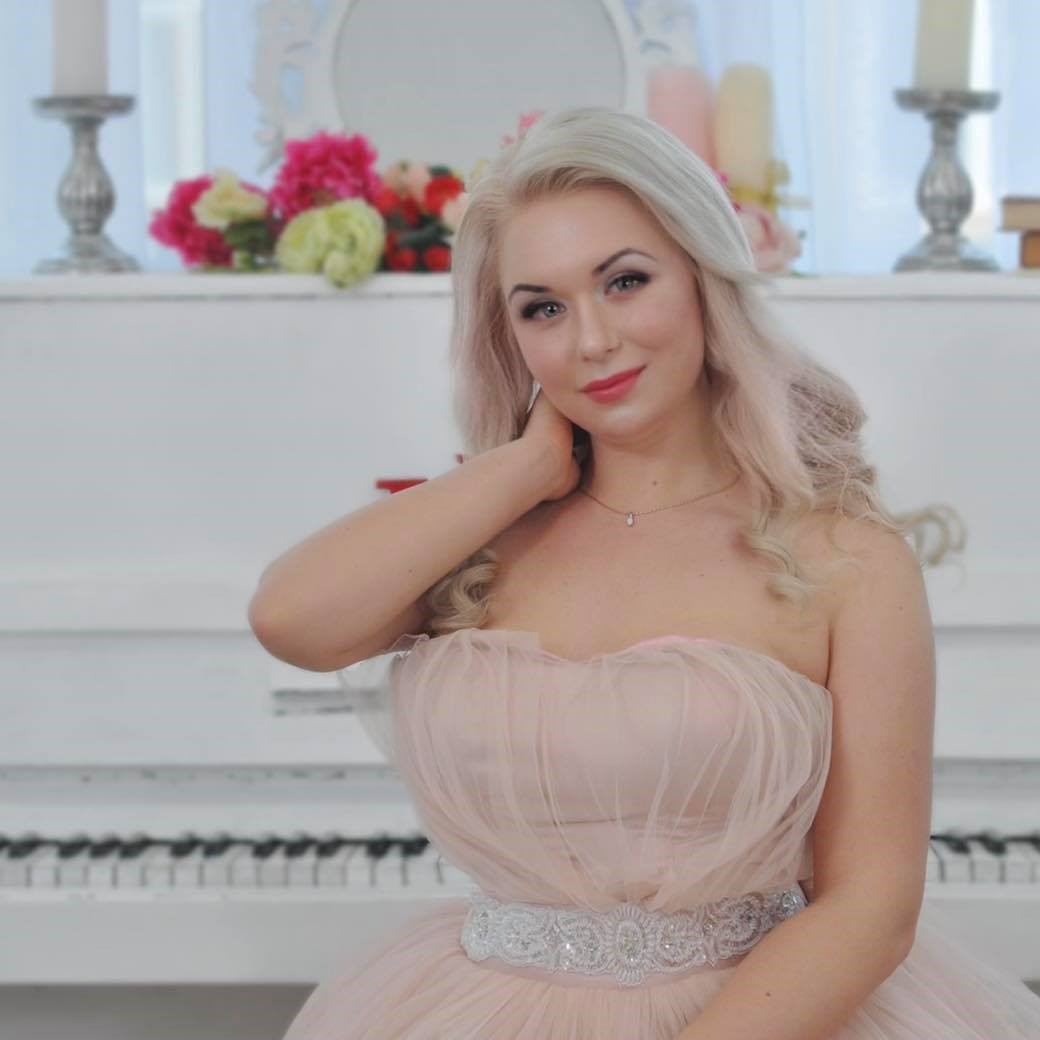 Alina is an opera singer, voice and piano instructor, and Laureate of European International Competitions.  She has performed in Philharmonics, concert halls, and many churches in the Ukraine and Italy.  Alina has given many Ukrainian Music Concerts in Italy with The Ukrainian Collective "Ukraine Together."  In 2016 she founded the charity organization "Opera vo Blago."  Over the past three years she has held more than 150 charity concerts to help benefit sick children, cancer survivors, the elderly and animals.  In 2018 Alina received "The Kindest Musician of the Year" Regional Award.  In 2019 Alina's charitable organization was awarded the "Best Creative Peoples of Ukraine" award and received a grant from the Governor of the Odessa Region.  Alina has been invited numerous times to participate on the Jury of Children's International Competitions in Ukrainian Music Schools.  Over the years, many of Alina's own students have entered competitions and have achieved top awards. 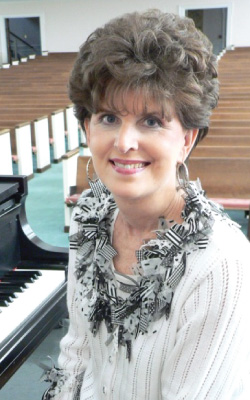 Mary-Anne Greene holds a BA in Dance Education from Meredith College and a MA in Dance Education from UNC at Greensboro. She also had the opportunity to study abroad at the Laban Centre in London, England. This will be her ninth year teaching dance in the public school system, and her third year teaching dance at Fayetteville Technical Community College. She is looking forward to continuing her relationship with Snyder Memorial Baptist Church by sharing her love of dance and now working with Snyder Music Academy. 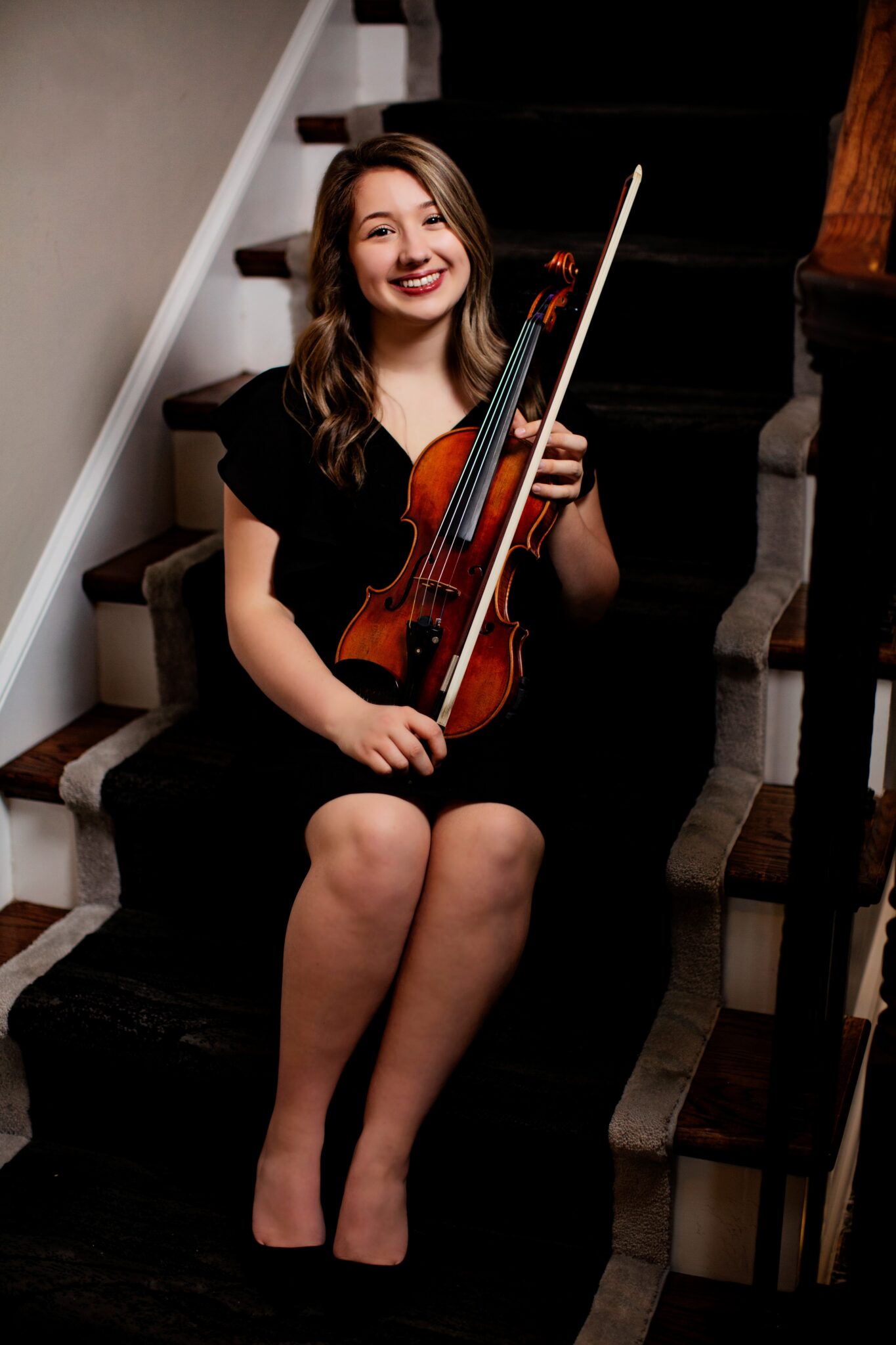 Anna is a native of Stedman, NC and has studied piano and violin since the earliest age.  She is a music major at Methodist University, studying the piano.  She enjoys performing professionally and as part of the music ministry at her local church. 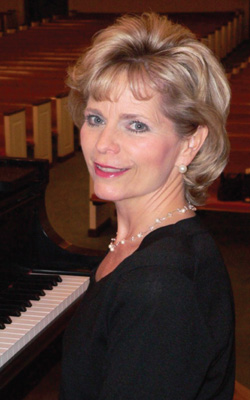 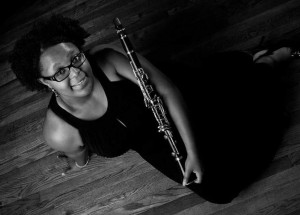 Syreeta is deeply motivated and committed to music education. She is compassionate and empathetic with children, advocating for the importance of musical instruction in their lives. Ms. Jackson is energetic, imaginative, and passionate toward teaching. 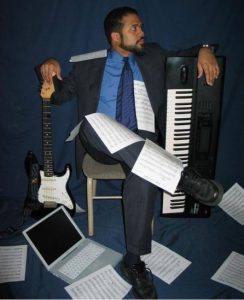 Education
Graduated with honors from Hampton University, Hampton, VA. with a Bachelor of Arts in Jazz Studies (concentration on guitar)   May 1991 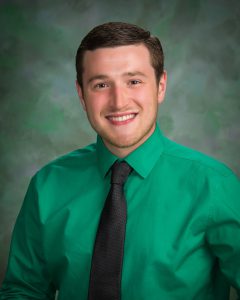 Education
UNC-Pembroke:  Bachelors of Arts in Music Education    May 2016

Experience
In addition to teaching at Snyder Music Academy, Billy is currently the Music Director and Pianist at Grace Baptist Church in Rockfish, NC., since November 2005.  He is proficient on multiple instruments and has an understanding of many of the solo audition pieces for the Cumberland County Orchestra Programs. 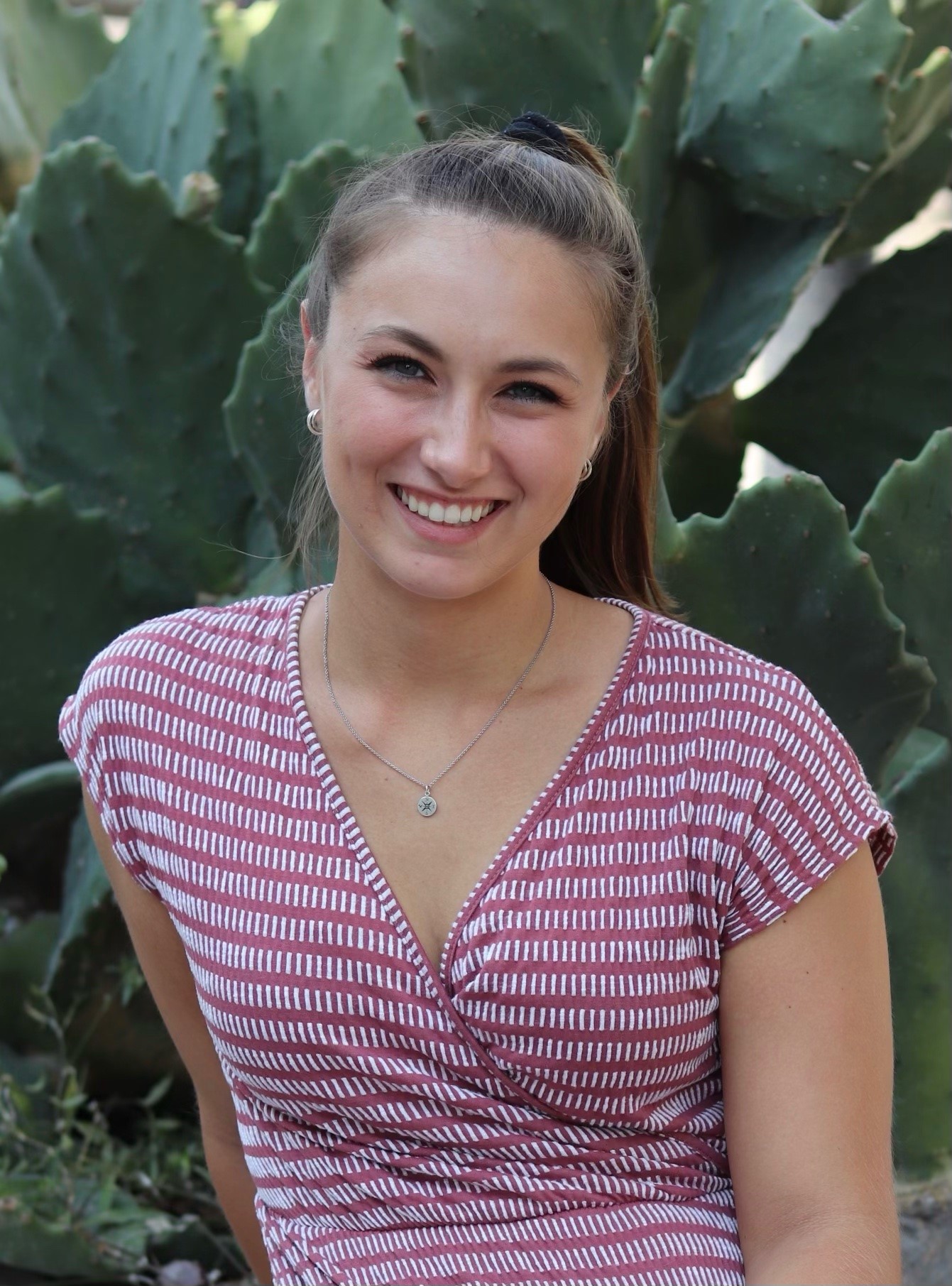 Kara Smith grew up learning music all across the United States, studying under many teachers across the country including Michael Johnson, Jason Roy and cellist Lindsey Smith-Trostle. She has performed with the Sparkling Keys and Strings orchestra under the direction of Simone Parker and has served in worship as the pianist and cellist for numerous churches.

Education
Kara has a Bachelor of Arts in Humanities with a Piano Performance focus from Thomas Edison State University where she studied under Sheila Threlfall and performed Mozart's Sonata K. 283, Bach’s Praeludium VI, BWV 875 and Rachmaninoff’s Elegie, Op. 3, No. 1. She has performed at venues such as APSU Mabry Concert Hall, as well as for private parties and special events.

She graduated with a Masters of Arts in Media Arts and Worship from Dallas Theological Seminary and is currently pursuing a Graduate Certificate in Military Resilience from Liberty University.

Experience
Kara has over eighteen years of experience in piano and has taught with music studios in Washington D.C. and Dallas, TX. She enjoys teaching students of all ages and delights to watch students grow in their skill and enjoyment of their instrument. 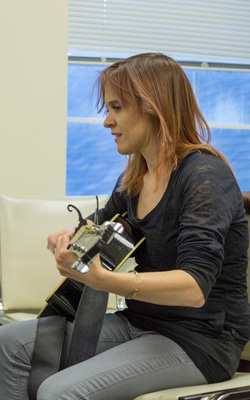 Angela began learning guitar when she was in junior high school.  She continued her instruction with Parks Boyd at Sunset Music in Rocky Mount, NC, where she was living.  She particularly enjoys teaching children and helping them to realize their skills through guitar. 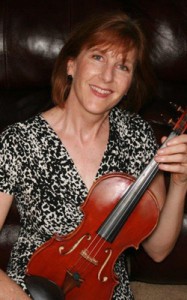 Laurel has been a member of the Fayetteville Symphony Orchestra for fourteen years and is a member of the Vilasi Quartet and the Dogwood Trio. She is also the violinist and a soprano for “The Coventry Carolers” and sings with “Cantate.” 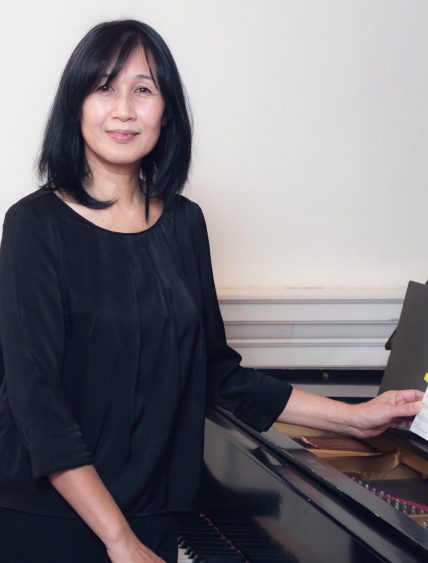 Mrs. Williams began her formal training on piano at age four in Tokyo, Japan.  Her heritage and Christian faith have forged a work ethic that compels her to meet the needs of her students from beginners to advanced with grace and perseverance.  Akemi is delightful and a joy to know.  Her easy smile and contagious enthusiasm put her students at ease and make lesson days something for which to look forward!